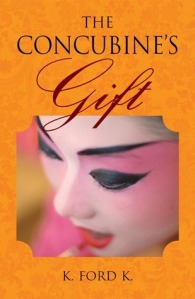 What if a timid, sexually-inhibited woman suddenly developed the psychic ability to see what everyone else needed to be blissfully happy in bed?  And what if she started blurting out sexual advice against her will?  That thought was the seed for my new novel, The Concubine’s Gift, and the poor, long-suffering character of Bernice Babbitt was born.

I became an indie author by choice.  I was a freelance writer, publishing articles and short stories in newspapers and magazines and had several near misses with major publishing houses.  Many times they decided to publish my novels and then changed their minds at the last minute.  I was starting to feel like I was in an abusive relationship.  Editors told me they loved my work; I cozied up to them and then they slapped me with a rejection. After awhile I was back and the same thing happened all over again.  ‘Indie-authorhood’ has been wonderful.  I love being in charge of my own career and being able to make all the editorial and marketing decisions about my novels.  I’ve been lucky in that readers have been very supportive.

3. Tell me about the marketing techniques you’ve used to sell your books.  Which ones have been the most successful?

Some of the marketing techniques that have been the most successful were getting book bloggers to review my book and being active on the Goodreads site.  I have hosted lots of book giveaways and those are always fun.

4. Are there any marketing techniques you intentionally avoided or discontinued, and if so, why?

I have my novel listed on Amazon’s KDP Select.  The best thing is the free days of promotion but I think I will discontinue after one more month so that I can list the book on other sites such as Smashwords.

END_OF_DOCUMENT_TOKEN_TO_BE_REPLACED 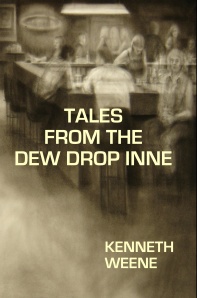 Kenneth Weene works through a small publishing house through which he and other authors do their own marketing.  Learn more about that, Kenneth’s book trailers, and his advice on how to properly use social media in your marketing efforts.

Set in a small bar in Albuquerque, New Mexico, Tales From the Dew Drop Inne tells the collective bittersweet stories of the people who make the place their home – people who have not fallen off the social ladder but who are hanging on desperately at the bottom. These integrated stories of men and women, who may not be successes but who still are so very human, offer laughter, pathos, and a sense of camaraderie.

2. Have you been traditionally published?  Why or why not?

My books are halfway between traditional and indie publishing.  All Things That Matter Press is a small house so we, the authors, have to do the marketing ourselves.  But as a publisher they offer cover design and editing as part of the contractual deal.  They take no money but make their profit from our sales.  Would I prefer to move to a “larger” house, one that could provide more marketing service?  Sure.  But I do appreciate the sense of family that we have created.  The owners of All Things have been very supportive, and many of the authors work together and are wonderfully supportive.

I must admit that I would never want to self-publish or go with one of those “indie publishers” that sell their services.  That would feel like I was their mark rather than their valued writer.

END_OF_DOCUMENT_TOKEN_TO_BE_REPLACED 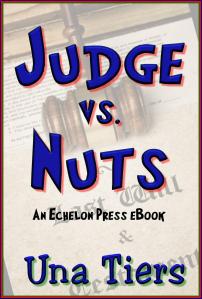 Una Tiers took a run-in with the law and turned it into a book, uniquely using the experience to relieve stress.  Here, she offers numerous marketing suggestions in varying media and explains her take on the publishing industry.

Judge vs. Nuts is about a lawyer, a goldfish and a dead judge.  It explores Chicago and murder.  It will make you laugh.  I think you will like my characters, puns and self-effacing remarks.

Honestly, a judge tried to arrest me and I eliminated my stress by murdering him (on paper).  Occasionally I added to the details, adding more victims as warranted.  Pretty soon I discovered mysteries outside of Sherlock Holmes and the result was Judge vs. Nuts.  Book signings became a hobby and I learned something at each one.

3. What is your opinion of the future of publishing?

Self-publishing has clearly rocked the publishing industry to its foundation.  It presents many opportunities for new authors.  My Kindle is packed with new authors and those without big exposure and I love what I am reading.  It isn’t pushed into what the big houses feel will sell.

E-books are here to stay, without a question.  I think they will exist companionably with print books.  The combination of e-books and self-publishing opportunities is also changing the publishing world and making it attainable to make your dream of writing a book come true.

At the Chicago Tribune book festival last year, e-books were almost ignored.  People toted around huge bags of paper books.  I don’t expect that to change but what an opportunity we have with the electronic options.

END_OF_DOCUMENT_TOKEN_TO_BE_REPLACED 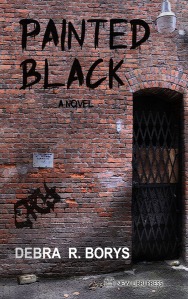 Debra Borys stays busy with a number of writing projects: from freelancing to writing novels.  Having experience working with a start-up press, she gives insight about the amount of promotional work all authors must do, and some of the methods she’s already adopted.

The short stories I had self-published are Red Light, Green Light, Peeling the Onion, and Weeping Widows, a collection of mini-mystery stories.  The mini-mysteries are written for fun – I call them my cynical stories because of the narrative “author” Evelyn A. Archer.  Three of the stories in the collection were previously sold to print magazines.  Also previously published in magazines were Red Light and Onion.  Both are about street kids, one story set in Chicago, one in Seattle, both cities where I volunteered with the homeless.

Painted Black is a suspense novel about a missing street kid named Lexie Green, who at fifteen years old is selling her body to survive. When reporter Jo Sullivan realizes no one seems to care about what might have happened to her, she teams up with Lexie’s friend Chris to learn the truth.  When Jo and Chris investigate Sloan and Whiteside’s funeral home, they put themselves in danger of becoming part of a bizarre collection of freeze dried corpses.

The original idea for the suspense plot for Painted Black came from a news article I read years ago in the Chicago Tribune.  It was about a new method of preservation being used by taxidermists who freeze dry people’s pets to produce lifelike replicas that would last indefinitely.  One person they interviewed stated that freeze drying could be used on people as well, and compared the process to cooking pizzas in an oven.  He sounded so bizarre and unconcerned that it immediately sparked an idea for a character based on him and became the premise for my story.  In my research, I actually found an article in a mortuary magazine about a firm that did preserve a man in this manner.

The idea to use homeless kids as important characters came about from my experience volunteering with The Night Ministry in Chicago.  I was struck by how many times homeless people are treated as sub-human, like they don’t matter.  Some people seem to have only contempt for someone who is homeless even when they know nothing about the circumstances.  Most people just want to pretend that the homeless don’t exist, walking by them with averted eyes.  I would like to make these invisible people visible so we can find solutions to the problem, not ignore it.

I want my readers to understand that the important thing to recognize about homeless people is that they are people.  The homeless part is incidental.  I’m hoping that while my readers are all wrapped up in the suspenseful story in Painted Black, they will somehow subtly have their eyes opened up a little to see that the street people I’m writing about – the same people they walk past on the street without looking at – aren’t really all that different from themselves.

If even only a few people get that, then I’ll feel happy.  I’d be even happier if it inspires someone to make a move to do something about it – volunteer at a local soup kitchen, advocate for improvements in social services, or even just say hi to that homeless person they pass on the corner every day on their way to work.  I am donating 10% of any author profits from Painted Black to The Night Ministry and to Teen Feed In Seattle, in appreciation for the work they do.  I encourage anyone who reads my books to also support any program working to eliminate homelessness.