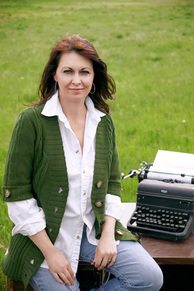 C.N. Bring writes in the military suspense genre and has stuck to her own style of writing despite pressure from traditional publishers.  Learn why she’s skeptical of Facebook as a marketing tool and why word of mouth is so important to promoting your book.

1. Give me the elevator pitch for your book in five to ten sentences.

Commander Celia Kelly is a perceptive Naval intelligence officer rebuilding her life after the tragic death of her husband.  The suspicious suicide of a fellow officer has Celia questioning the mission she’s been assigned.

With the help of a one of a kind secretary, a by-the-book assistant, and a Navy SEAL, Kelly discovers she’s been set up.  Digging relentlessly, nothing is as it seems.  Someone is after twenty million dollars that disappeared when Kelly’s husband died and now that someone is after her.

2. Why did you become an Indie writer?

I was almost published traditionally, but I was asked to change the story too much.  The series is not a romance, but instead a military mystery, suspense.  The traditional publisher wanted to add a formula romance to the story. Though I wasn’t opposed to changes that might enhance the story, I was against losing my original audience. Truthfully, romance isn’t really my thing.  To be successful, we all have to find our own voice unlike anyone else’s. The hardest part about the business is they (publishers) want a safe sell.  They want a familiar story with a new voice.  It’s the publishing catch-22.  So I started to explore indie publishing.