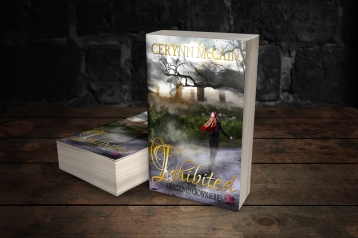 Cerynn McCain favors the control authors have with self-publishing. Here she talks about the challenges of networking as well as one marketing technique she avoids.

A brief blurb about the book: In a world where the Àraid have been nearly forgotten, The General remembers. He knows there are still a few hiding. He’s just waiting for one to reveal themselves so he can wipe them out.

Christa knows this. She knows he’s watching her. She knows she needs to keep up the facade of being human. For years staying hidden has been easy, but something has changed. The General lost something valuable, and Christa now must keep it out of his grasp. But how far is she willing to bend before she has no choice but to reveal her powers and risk him finding them?

I started writing it right after my best friend moved away. I was a rather lonely person after that, and the characters I created in the story really helped me get through, so I decided to publish it hoping it might help others as well.

Honestly? I try not to look. I published it because I loved it. I’m worried if I start checking my sales I’ll start obsessing about the numbers and not focus on continuing the story for me, rather than for publicity.

I did try to get an agent for a while, I queried about 20 agents. However, I think I sabotaged myself because I’m not good at pitching my book. I love it. I stand by it. I have a very hard time telling other people they will love it because not everyone loves the same stuff so I had a really hard time writing my query. Also a lot of agents don’t want
to pick up first time authors writing the first book in a series because they worry I won’t finish the series. I plan to query again after the full series is out. A long shot, I know, but I might as well try.

END_OF_DOCUMENT_TOKEN_TO_BE_REPLACED 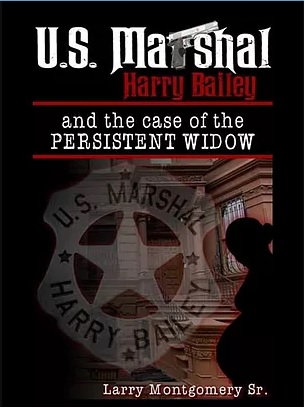 Larry Montgomery is a prolific writer who is working hard to make his name in a crowded market.  He discusses a variety of specific marketing techniques he uses to try to do so.

1. Tell me briefly about your current writing project – what is it about and what motivated you to write it?

My current project is titled The Case of the Persistent Widow. It is the first of a 12-book series entitled, “The Parables of Life.” I was inspired after reading a number of biblical parables from the King James version and wondered how these stories would play out in these days and times. While the original purpose of each of the biblical parables was Jesus’ attempt to simplify concepts for living a Christian life when you delve into them there is a lot of similarities to situations people, Christians or not, could find themselves in.  If you like mysteries, whodunnits, or stories where the good guy isn’t just interested in getting in someone else’s pants; and if you have ever wondered how a 2,000-year-old biblical parable could apply to your life today, then read this book.

My test marketing on Amazon.com, as a self-published author, had surprising results. Based on those results, I decided to dive into an all-out marketing relationship with my current publisher, Newman Springs, and take the project directly to the market.

3. You’ve gone the self-publishing route. Have you sought an agent or any work with traditional publishers? If not, why not? If so, what has been your experience?

As I mentioned above self-publishing is a means to an end, the end being to get your work out into the marketplace. Self-publishing within the context of a limited campaign platform will only drive so much buying traffic to the author’s sales network. However, direct engagement within a multi-marketing platform is where the market separates the wannabes from the newbies. You can’t learn to swim in your bathtub but once you jump into the ocean, it is a sink or swim experience.

END_OF_DOCUMENT_TOKEN_TO_BE_REPLACED

Michael Nye believes that self-publishing maximizes an author’s creative control. Learn which marketing methods he avoids and the (many) words of wisdom he has for new authors just starting out.

1. Tell me briefly about your latest book, The Ballad of Masie & Linda.  What is it about and what motivated you to write it?

After writing my fourth book, Nearwater, I began to wonder how two of the minor characters in it (Masie and Linda) would develop after escaping the abuse each had received for the first sixteen years of their lives. Because I needed to find out, I had to write the adventure. Masie and Linda are, and always will be, a little haunted by their similar pasts, but they feel free to talk about what happened because each knows that the other will understand, having had similar or the same experiences themselves.

Of all of them, this has been the most difficult to get down on paper as it deals with quite dark subject matter in a way that, I hope, is neither depressing, nor so up-beat as to be unreal. More than anything, the story explores the theme (present in all my books) of the nature of enduring friendship.

Best way to describe sales is slowish but steady. I get royalty payments from Amazon every now and then, which makes me happy that someone is reading my work.

3. You’ve chosen indie publishing as opposed to traditional publishing. Can you elaborate more on your choice?

I studied Fine Art at Sunderland Polytechnic in the late seventies/early eighties and the books have an echo of this training. I see them as entities in themselves and need to keep as much as I can under my own control. I doubt I would react too well at having a company involved in advising me on content or cover of my work. Some of my tutors at Sunderland Polytechnic would, no doubt, testify to that one!

END_OF_DOCUMENT_TOKEN_TO_BE_REPLACED

J.T. Joseph combines history with a touch of adventure. In this interview he discusses the pros and cons of using a hybrid publisher, plus the numerous social media platforms and websites he uses for marketing.

My novel, The Adventures of Mary Nobleman, is about a girl who discovers she is a descendant of the legendary King Arthur. I was partly inspired by The Da Vinci Code.

I’m not exactly sure, because my publisher keeps track of the details.

3. You’ve described your publisher as a mix of both indie and traditional.  Can you elaborate on this?

They consider themselves a hybrid publisher. It combines self-publishing and traditional methods, but I hope one day I’ll be with a traditional publisher.