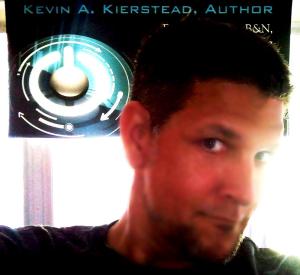 We are focused on small-time threats in America right now: terrorists, “lone-wolf” scenarios, gangs, etc.  We don’t see a real threat in the way of an entire country attacking us.  China, though, is fully capable of attacking us and they have a massive amount of strength–the only thing holding them back, if they decided to do it, would be the threat of a nuclear strike, so this book ponders what might happen if they could figure out a way around that problem.  Ultimately, though, with that as the background story, this is a story about survival after a devastating tidal wave that was over 100-yards tall.  One young man, one young dog, one young woman and one old man come together in unlikely ways and begin to fight through their struggles together.

Honestly?  I have a problem with authority!  But it wasn’t just that.  I did the whole agent/publisher dance on and off for 20 years.  Back in 1994, when I finished my first novel, I had it accepted by an agency called the Thornton Literary Agency and it was scheduled to be published under the Electric Umbrella but their company went into a hiatus and the rest is history.  That kind of unpredictability along with the growing trend of agents/publishers chasing “what’s hot” vs. looking for new talent in any genre is what pushed me here.  I love nothing more than having total control over my work.  Except for writing.