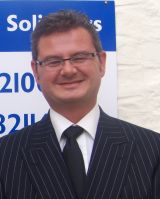 Paul Jones is a sci-fi writer who draws influence from his own family and lifetime of reading.  In this interview he discusses why he’s avoided traditional publishing and which marketing techniques have not worked for him.

My Epic Fantasy “Ameca J” series is a trilogy that takes place in the fictional world of “Mythrania” and is based on my two daughters.  The inspiration comes from a lifetime of reading fantasy and science fiction, and a genuine desire to promote “family” values for my two girls who were always fighting.  So the inspiration was, what if it was only the two of them, trapped in an unknown, dangerous world populated by strange and savage creatures?  Would the eldest girl step up to the responsibility of keeping the younger safe?

My first “Blake Trubble” novel is a sci-fi/thriller, the idea for which came to me while I was researching the first Ameca J novel, and in particular the Large Hadron Collider experiment situated on the borders of France/Switzerland.  As a big fan of the Alien, Predator and John Carpenter’s “Thing” movies, I wanted to create a similar paranoia but this time in a sealed facility 15 miles in diameter and located underground.  Throw in two deadly enemies and 400 hostages and an unknown menace, and you have some great ingredients for a classic sci-fi/thriller.  Blake Trubble is the name of the main character, a major in the SAS, and allows me to use quite a few cheesy lines, such as “You want trouble, you’ll get it.  Major Trubble.”

Sales are slow.  But that is because I’ve self-published and self-promoted, which takes more time to do than actually writing the books themselves.

3. Have you sought a traditional publisher?  Why or why not?

I have not sought a traditional publisher.  There are several reasons why not, the first of which is the inspirational stories of Amanda Hocking and John Locke, both impressive success stories of people who have self-published and self-promoted.  Another reason is I have no patience for writing submissions and synopses; if I’ve just written a hundred thousand word novel, I am not going to try and condense it into two pages for some lazy publisher or agent.  Finally, the true judge of a good book should not be a publisher or agent, but rather the public.

END_OF_DOCUMENT_TOKEN_TO_BE_REPLACED 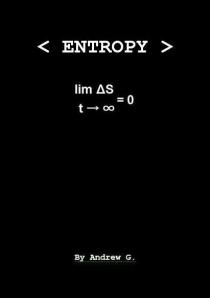 Andrew G. is a science buff who turned his love of astrophysics into a sci-fi novel. In this interview he talks about the task of doing research for one’s writing and explains why he made a book trailer to promote his novel.

My novel, Entropy, is inspired by my love of science, particularly astrophysics.  I read Michio Kaku’s (a co-founder of string theory) book “Hyperspace” when I was a teenager and it changed my life (as well as completely kicked open the door to my narrow perception of what reality is).  After that I was hooked, I bought every other book Mr. Kaku has written and a lot more from other physicists such as Kip S. Thorne, who has done extensive research on wormholes and practical time travel.  While the mathematics are far beyond me, having only taken three calculus courses and a beginner’s differential equations course in college, I am content with marveling at the concepts that are produced year after year in scientific journals and so forth.  This novel is a culmination of my enthusiastic love of these related sciences as well as my fascination with the unknown.  I’ve had the concept in mind since I was young, slowly building a story line in my head for years.  However, it was just recently that I started writing it down into a novel.

Since I started (which has only been a week), it’s been about a book a day.

3. What has been your experience with traditional publishing?

Hated it.  I tried really hard to have a children’s book published, but no one will even talk to you if you haven’t published before or aren’t represented.  It’s a system that is biased and viciously subjective in my opinion.  I queried 300+ agents and publishers and no one was interested in giving me the time of day…not one.

Loved it.  It’s easy and more profitable.  I feel that I have so much freedom with my work and I think that even if I do get an offer from a publisher, I would still stick with this.  It’s a little more work, what with editing and marketing myself, but so worth it.

END_OF_DOCUMENT_TOKEN_TO_BE_REPLACED

I met Robert Brabham at a recent Charlotte Writers’ Club meeting and knew he’d make a good addition to the blog.  Robert is a short story writer whose genre is uniquely his own, and he shares his thoughts on writing and networking here.

I was determined to have a book “out there” this year and culled together a mixed sampling of my short stories in Does This Knife In My Back Make My Butt Look Big?  Tales of Madness, Eisegesis, and Other Unpardonables.  It is available on Amazon and Lulu.com.  The stories fall under the appellation of speculative fiction, but run the gamut of literary, sci-fi, humorous, experimental, and a couple of out and out horror yarns.  I like to call my work “intense fiction.”  Faulkner said the job of the writer is to express the conflict in the human heart and I suppose that’s what I’m after.  When people ask me where I get my ideas, my response is: I don’t get ideas; they get me.

Sales have been more than modest without a substantial advertising campaign.

3. How does self-publishing compare with traditional publishing?

I have had success with some short stories with Down in the Dirt magazine, which publishes on demand with Lulu.com and is now available on Amazon.  The short stories also appear on their website.  Down in the Dirt is more of an independent soul and not a traditional publisher.  I self-published my collection of stories with Lulu.com and found their advertising offers prohibitive in cost and have been relying on social media thus far.