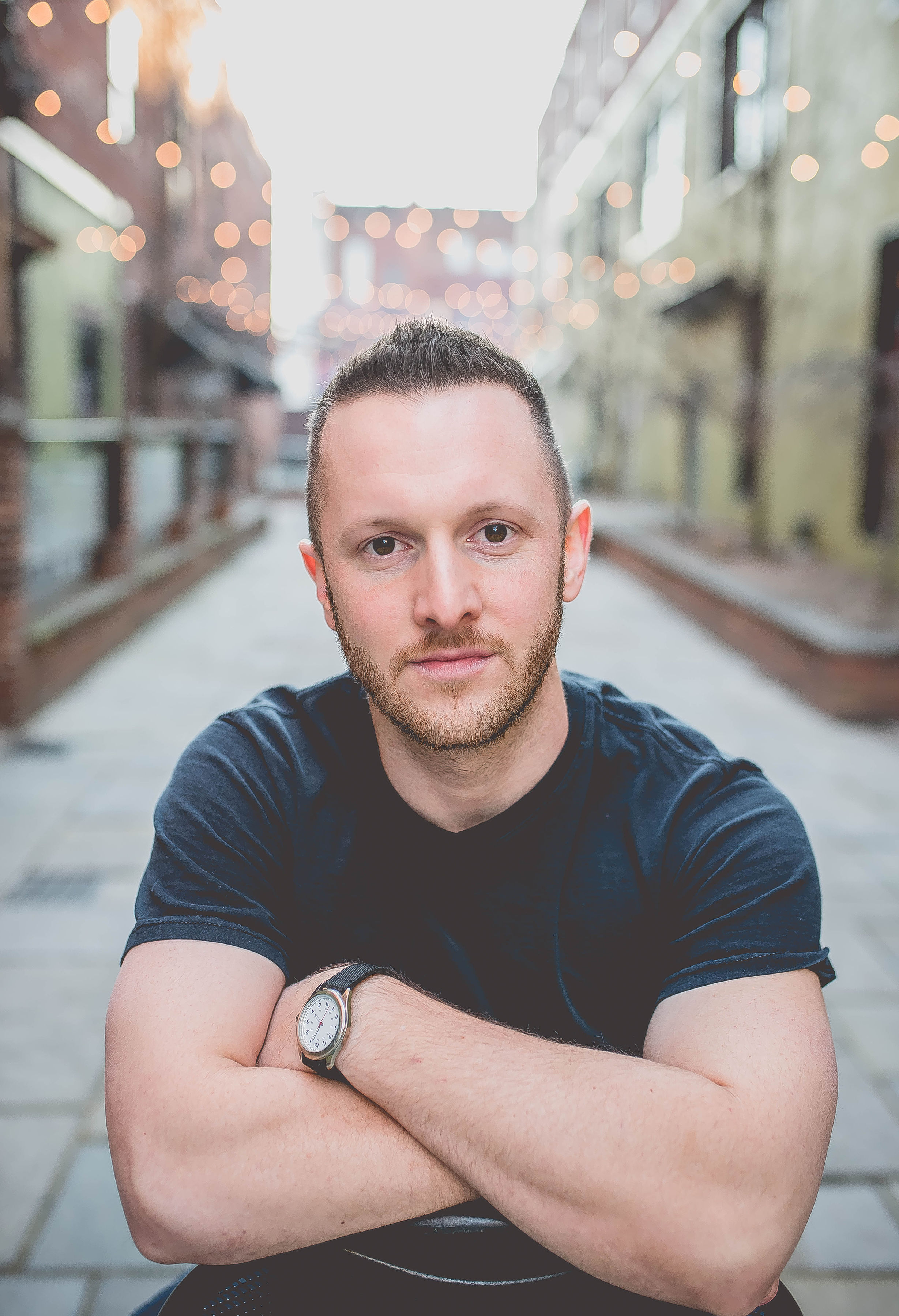 Tyler James Russell knows from experience the importance of patience and of honing one’s writing craft. Read the lessons he learned as he worked his way to publication.

1. Tell me briefly about your latest book – what is it about and what motivated you to write it?

To Drown a Man is my debut poetry collection. It came out of a transition point that resulted in me embracing vulnerability in a different way, in both my life and my writing. There’s not much formal inventiveness here, it’s a fairly plainspoken style. I’d come to a point where I was recognizing a lot of the barriers that I’d put up between myself and other people, and wrestling with how difficult and even painful it was to pull those down. Writing was, unfortunately, one of those barriers. I wanted people to see me as smart, clever, etc., and so I tried to write in a way that was smart, clever, etc. and not in a way that really touched on honest, vulnerable states of being human. So, I ended up setting writing aside for a while (and this is after writing regularly for more than 10 years) as I walked through that. Some of the poems in To Drown a Man are the first things that emerged when I started writing again.

I had a friend send me a postcard just before launch with a Don Marquis quote: “Publishing a volume of verse is like dropping a rose petal down the Grand Canyon and waiting for the echo.” I laugh at that quite a bit. If that’s true at a normal time, it’s probably doubly true during a pandemic.

That being said, I’ve been really humbled by the amount of people who’ve not only bought the book but also taken the time to reach out to me about it. Both people in the literary world and people who I’m pretty sure don’t interact with poetry much at all. So much of that has come out of simply getting comfortable telling people about the work I’m doing, because I think anything that comes off as at all “salesy” doesn’t come naturally to me. It’s something I’ve had to grow into.

3. You’ve decided to use a traditional publisher for your book. Why did you choose this versus self-publishing?

This is my first book, and with the amount of factors I had to get my head around, I really wanted to leave it to the experts. Unsolicited Press is amazing, and I’ve been so happy to let them do their thing while I do mine.

4. What sort of networking have you done as an author, and what have been the results?

I have a fantastic supportive network from UBC, where I got my MFA. Beyond that I’m exploring how to organically connect with the people whose work I gravitate toward, the communities I’m already a part of, as well as a wonderful collection of people, writers and otherwise, who have supported me getting to this point.

5. Talk a little about the sort of marketing techniques you’ve used to sell your books. Which ones have been most successful?

I’m on Twitter now, and I’ve just started doing a semi-regular newsletter from my website. That’s been enormously successful in that I’m able to interact with some readers. I don’t know if that translates to sales or not, but connecting over these words is amazing. That’s the point, I think.

6. Are there any marketing or networking techniques you’ve intentionally avoided or discontinued, and if so, why?

Not intentionally, but I am itching to be able to be out in bookstores and libraries doing readings, workshops, and things like that once we’re able to safely do that again. I’ve gotten to be a part of a few Zoom readings—including the SMOL Small Press Book Fair in March, which was just fantastic—but it’s going to be nice to be face-to-face again.

7. What are the most important things you’ve learned about publishing that you didn’t know when you started out?

There’s so much, but here’s my main thing. I’ve wanted to publish a book since I was maybe 15. I spent so many years learning and writing and laboring. I thought that one day having my name on a book would be this climactic moment that answered all of the questions I had about myself and that I would finally, magically, officially, be a writer. What I learned when I was first holding my book was that I’d been a writer the whole time. Publication can’t create or change that.

I’m pretty happy with how this has gone. I have a novel coming out in 2022, and I’m looking forward to having more of an online presence in the months building up to that one. Because To Drown a Man was my debut, there wasn’t much that I was building on. It kind of just appeared. With my next novel, I’m excited to be able to show readers something new, build on the connections that I’ve made, and have multiple points of entry for people just discovering my writing.

9. New authors face the challenge of getting their books into the hands of readers. What advice do you have for an author just starting out?

You know, I distinctly remember expressing frustration to an established author about the difficulties I was having getting published, and I was embarrassingly young at the time. Looking back, some of those stories were NOT ready, and now that I’m actually sitting here with my name on the spine of a book, I’m not any more an author than I was a year ago. So, ultimately, I’m thankful publication found me when it did, and I trust that—with due diligence—I’ll find the right number of readers at the right time. Work on yourself and work on your craft and clarify what it is you’re actually trying to write about. It has to be about more than being “liked.”

I read someone else say (I don’t remember who), in the context of advice to young writers—don’t expect any publication in your 20’s. I really wish I’d listened to that. That would’ve saved me a lot of angst, a lot of worry that I was somehow “falling behind.”

10. What other projects are you currently working on?

Like I said, I have a novel coming out next year from Unsolicited Press; it’s an apocalyptic road trip story that’s pretty heavy on trauma and mental illness. I also have a near-finished collection of short stories, a fantasy novella, and a very early draft of a small-town sci-fi mystery. However, my main project these last few months has been the first part of what is quickly becoming a multi-part science-fantasy epic. I’m pretty excited about that one, but it’s a long way from being a readable draft.

Literary speculative fiction with a spiritual bent. Jokingly, I like to call it New Sincerity/New Weird with a sort of post-religious obsessiveness. You know, that old thing. My poetry is all over the place, but it definitely is part of a reach toward authenticity and transformation.

You can find most of my published writing at TylerJamesRussell.com. I’m also on Twitter at @TJamesRussell.