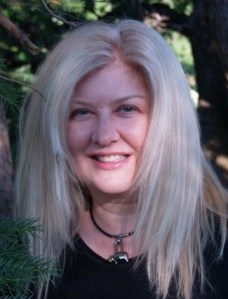 With a business background, Susan Hira knows how to approach self-publishing from a variety of angles.  In this interview she suggests a laundry list of marketing tips, including how she uses YouTube to promote her book.

Here’s a long summary of the book:

In Susan Hira’s bold debut, The Werwolf on Eagle’s Nest Mountain, Hira places the fictional child of the most infamous Nazi high up in the mountains of a Minnesota ski resort.  Written for middle school children to young adults, this mystery thriller adds a dramatic twist on history.

All Nick, Jack, and Mike wanted to do was have an epic snow session at a large resort.  But due to budget constraints, their new history teacher insisted that the ninth grade winter class trip be held at the Eagle’s Nest Mountain Ski and Snowboard Resort, a dilapidated dump with only three lame lifts.  When the kids attempt to shred the prime fresh powder in the Arctic Bowl at the top of the mountain, a sniper attacks and forces them to jump from a lift in mid-air.

Before the assassin can strike again, the boys decide to investigate and discover a secret lair inside the mountain used to warehouse and redistribute stolen goods.  They realize that all clues lead to an elite guerrilla movement started near the end of World War II known as the “Werwolf” organization and the long-lost gold and art plundered by the Nazis during the war.  The ringleader of the newly formed gang, a direct descendant of a Hitler Youth Werwolf, is raising money to fund the new regime.  Like an assault rifle firing at close range, the boys’ beliefs of good versus evil are shattered as they navigate the emotional fallout from those trying to live down the infamy of their ancestors, some with pride, while others with shame.

As Nick, Jack, and Mike battle for their lives armed only with skis and snowboards, they must figure out whom to trust – or their electrifying ride down the mountain will be their last.

I wrote this book because I injured my knee snowboarding and had to take a season off to heal and do physical therapy.  My father and I are snowboarding buddies and always shredded together, so I missed our time talking and goofing off when I was sidelined.  He is very knowledgeable about World War II, so he served as the historical editor on the book which allowed us to spend time together in a different way than in the past.  I think we both impressed each other with our contributions to this book!

Writing the snowboarding/skiing scenes were a blast!  I felt like I was on the slopes again; it made missing the snowiest winter in years bearable.

Not enough to quit my day job.

3. You have not been published by a traditional publisher. Why?

I knew when I started writing it that traditional publishers would not want to take a chance on a book for young adults that features a lot of World War II history including the Werwolf organization.  Also, I have a business background and enjoy the other sides of self publishing including marketing, accounting, and cost analysis.

4. You’re relatively new to self-publishing. How have you liked it so far?

Working with the cover designer, copyeditor, people who formatted it and the video designer was a blast. It was almost as much fun as writing the book!

5. You’re starting a YouTube program related to your book. What’s that about?

It’s a program for beginner collectors to start collecting World War II items.  By avoiding fakes and learning which items are reasonably priced with great potential for future appreciation, I hope (with the aid of some knowledgeable collectors) to teach kids about history and collecting as an investment opportunity.

Although kids and teens should be saving a portion of their earnings/allowances/gifts at this point in their lives and investing in mutual funds (some of which can be started with very small initial investments), it’s great for them to diversify into something they can hold, learn about, and watch increase in value!  Here’s my first one on the German Mother’s Cross Medal.  The next program will be on the American World War II M1 helmet and liner.  Look for it this month.

6. What sort of marketing techniques have you used to sell your books, and which ones have been most successful?

Some of the marketing techniques I’ve used are:

Selling books at the military shows has been my most successful marketing technique.  The responses have been so positive!  Boys especially are excited to find a book that’s both entertaining and about a popular sport.  Their parents are happy to find a book that teaches them about history but without any sex, underage drinking, abuse, drugs, and other “uncomfortable issues” that tend to plague the middle grade/young adult category.

My target audience (middle grade and young adult boys) doesn’t often give reviews on Amazon.  That just isn’t their thing, so my biggest obstacle is getting reviews from the kids who enjoyed reading it!

Although I really like my video book trailer, it hasn’t affected sales as far as I can tell.  I plan to skip making a trailer for subsequent books because it was so expensive.

7. Are there any marketing techniques you intentionally avoided or discontinued, and if so, why?

I never did pay for a review from Kirkus Indie Review.  Maybe that’s something I should have done?  At this point, I’m not considering it.  Also the press release that I paid for was not effective, and I was not pleased with it.  In the future, I will ask my sister, who is a marketing executive, to help me send out press releases.

8. What’s the most important thing you’ve learned about self-publishing that you didn’t know when you started out?

That I can sell a designer bag on eBay faster and with 60 times more profit than selling a book.  However, writing is 100 times more enjoyable.

9. If you could do one thing differently in publishing your books, what would it be?

I’m sure some people would prefer I made my book cover more “vanilla”.  It’s quite polarizing with the swastika on it.  I’ve found out that three people have had strong negative responses to it, including the owner of a ski hill who was going to carry it in her gift shop with all proceeds going to the adaptive ski program.  The owner would not even hear what the book was about once she saw the cover.  I’ll have to consider this when working with the cover designer for the sequel.

10. Independent authors face the obvious challenge of marketing their books without the resources of traditional publishers. What advice do you have for an indie author just starting out?

Tell everyone you meet that you’re publishing a book.  Some people have the most innovative marketing ideas!

11. What projects are you currently working on?

I have a book signing on January 14th at the Valley Bookseller in Stillwater, MN.  I’ll also be setting up at more military shows on weekends starting at the end of January and on through the rest of 2012.

I plan to have the draft of the sequel ready to go to a copyeditor in early February.  That will kick off the publishing process.  Hopefully, the sequel will then be published in paperback and Kindle eBook by June.  The final book in the Werwolf series will require more research and an expensive overseas trip, so it will be a while before I start writing that one (unless my book sales really pick up )

In the meantime, I’m also starting to outline an adult fiction novel.

12. If you could market your brand – not just one particular book, but your overall brand of writing – in one sentence, what would it be?

My goal is to write books that entertain, inform, and surprise.

13. How can readers learn more about your books?

On my blog, and at Amazon.